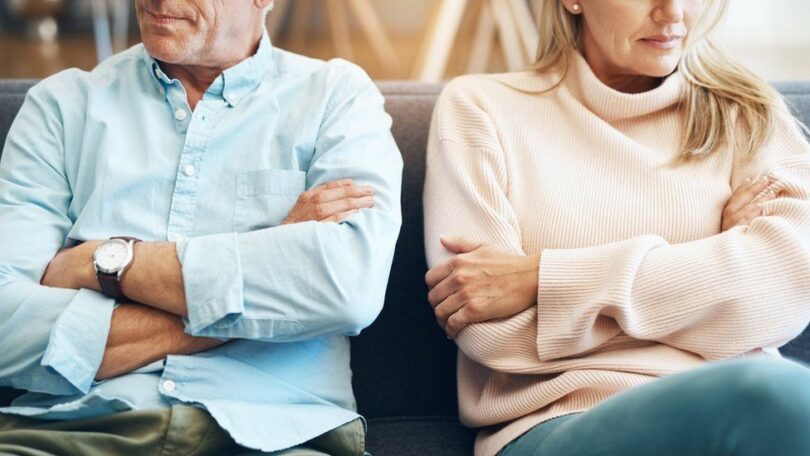 The initiator to the midlife crisis wakeup are disappointments and evaporating aspirations which leads to the pain and productivity losses of an individual. This ultimately leads to a sense of depression and a high level of anxiety and the transition period that may be accompanied by impulsive behavior ultimately leading to midlife crisis divorce.

Can midlife crisis cause divorce?

Firstly we need to understand the concept about what midlife crisis and divorce are?

Midlife crisis is a transition period of lack of confidence and identity in individuals typically of 45 to 65 years of age. A midlife crisis occurs when there is a lack of accomplishments in life. This may produce feelings of intense depression, remorse, and high levels of anxiety, or the desire to achieve youthfulness or make drastic changes to their current lifestyle or feel the wish to change past decisions and events.

Whereas divorce is a process or term used to dissociate two individuals connected to each other through marriage and causes undesirable effects cause drastic life changing moments not only in those who are involved in this act, but also to those who are linked with them. Such as their children.

As divorces usually occur in intense moments in which a person is not usually aware of his decisions and actions, we can say that they might take place in the situation of midlife crisis as the midlife crisis husband wants to be alone in these situations.

He might get agitated by the constant workload and demands of a married life which may lead him to take this step to get freedom from all of his duties and sense of depression, but he doesn’t get what he desires in despair, rather he gets stuck in the quag of unending worries and ultimately leading to midlife crisis divorce regrets.

But there are always exceptions. In order to prevent an act of divorce one needs to be steadfast and strong in his decision making skills. It requires a lot of courage and peace of heart to avoid unintentional decisions such as divorce at the time of midlife crisis wakeup.

Do husbands ever come back after midlife crisis?

Everyone has their own reasons behind their actions. Apparently, actions might seem the same but the reasons behind those actions vary from person to person. Each situation is unique and it is hard to predict whether someone’s partner will return after a midlife crisis divorce.

The more confident and independent you become, the more likely will be the chances to realize the manipulation that a midlife crisis husband wants to be alone isn’t working anymore and to perhaps realize what he is missing.

Men usually take time to consider their crazy decisions and their outcome. There are many cases where the husband runs off with a woman half his age only for everything to explode around his ears and to run back to his wife. Often sadly the realization comes when there had been a lot of damage to the relationship between husband and wife. It may be irreparable at this point.

If a husband returns from a midlife crisis divorce, he returns as a completely different personality, because he experiences the darkness of this world after his one wrong sentimental decision. Husbands may come back but they may not be the same person you knew.

You may need to start the relationship from scratch. To get to know one another again and to build a fresh start. You may be able to look into getting some help and support to heal your marriage.

The major reason behind blaming the wives is fear and their incapability to overcome these fears. Its the fear of the mirror that wives hold up to their husbands.

Husbands in their midlife crisis start to feel insecure about themselves in front of their wives as they know all of their flaws. Husbands in midlife crisis wakeup are the victim of insecurities. These insecurities shape into a sense of disagreement and hatred with their wives. They want to be alone and they don’t want anyone to know about their flaws.

Husbands have created a blame game for themselves to see themselves the best among everyone and especially their wives. They with themselves also don’t want their wives to be the victim of time. As time passes they become old. Husbands don’t want to accept reality. This is the point where husbands start hating and blaming their wives at the point of midlife crisis wakeup.

Denying the harsh truth of time, a husband starts blaming and treating her wife in a cruel manner. Other younger girls attract him and he starts comparing her with them. He starts seeing his married life as a life full of responsibilities which cost him his youth. Ultimately he starts to have a jumbled up mind-set not knowing what he wants. He starts to think that there had been problems in his married life since the start and a point comes when a midlife crisis husband wants to be alone and to achieve this freedom he starts blaming his wife.

How do I survive my husbands midlife crisis?

You should focus on yourself and your kids. You should become independent. Becoming independent will help ease your husband through his everyday chores and eventually your husband’s midlife crisis stages might come to an end smoothly.

Moving deeper to the context you should firstly be aware of your husbands midlife crisis stages and know the fact that midlife crisis is normal. You should start working on yourself to support his desires and join in when you can by giving him attention, care and counselling. Ultimately adapt to his transition period and work on life goals together.

Signs that a midlife crisis is coming to an end

When someone heals from the midlife crisis stages he starts communicating with everyone more often. He starts to Express his feelings and accepts his faults. He starts to observe his flaws and harmful acts and apologizes for them. The person will accept that he had been in a traumatic condition which he couldn’t control. He starts working for his mental health to come out of this midlife crisis.

All in all husband’s midlife crisis stages are the most critical situations of his life which he didn’t demand or do on purpose. It is true that a midlife crisis husband wants to be alone at the time of his midlife crisis wakeup which leads to many sentimental decisions out of the blue leading towards midlife crisis divorce regrets.

It is why each other soulmates we should help each other by understanding the critical conditions smartly and playing a helping hand for each other as soulmates, to move out of this kind of traumatic conditions together so they might not lead to worse conditions in the future.