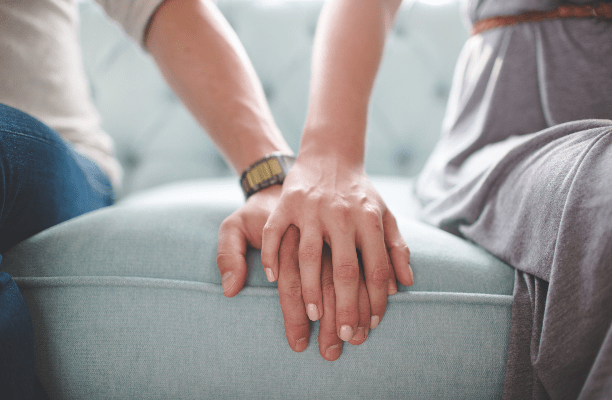 Grief is not subjective to each individual, which includes married couples who whilst objectively have experienced the same trauma as the other but process it often in different ways. A child’s death is an anomaly of life unlike any other, which takes you by surprise and can leave you broken into a million pieces. Divorce rate after death of a child can increase and decrease eventually.

It completely shatters you and your partner and blurs and shadows your worldview. In these moments, individuals are more selfish and need to be more selfish, which can strain the marital relationship and expose cracks in the marriage.

Relationship problems after the death of a baby or infant typically arise regardless of the lifespan of the marriage or the age of the child.

Divorce Rate After Death Of Child

There is often conflicting information and myths regarding the probability that a marriage will end in divorce after the death of a child. At best a correlation is deduced when analyzing and studying such cases, but the inevitability of divorce cannot be stated conclusively.

Child loss of any age or cause is not different from any other traumatic or stressful event, and to differentiate between other marital issues and problems from the influence of child loss on grieving parents is virtually impractical.

Why Do Marriages Fail After the Death of Child?

Marriages tend to dissolve after losing a child widely because the grieving couple has no point of reference to understand and cope with the trauma. Being a shared pain would mean you have someone who understands you and can connect with you, but the sorrow and pain of one usually only magnifies it for the other.

This resonance of pain and sorrow can become a cycle and cause a feeling of isolation and loneliness among couples. This disrupts communication between spouses and causes rifts of tensions between them.

Intimacy after the death of a child naturally decreases, especially among women, as the concept of sex reminds them of childbirth and subsequent child loss. Sexual advances from the male spouse cause feelings of discomfort and uneasiness.

It is also important to note that this event further polarizes existing issues in marriage. Loss for each partner is unique and they operate often on different wavelengths and cycles which causes frustration and anger towards the other and raises toxicity and negative energy in the relationship.

How Many Couples Stay Together After the Death of Child?

Mourning parents indeed have higher chances of divorce as they are in a heightened emotional state and cannot fully comprehend or come to terms with their grief. Despite this, the divorce rate remains low for such couples.

There is evidence that suggests that this ordeal can have positive effects as well. The relationship is seemingly reset, and each partner is transformed in their unique way and forces each partner to be reintroduced to the other. Joint pain and suffering also create a deeper emotional attachment and dependency.

This would explain why a lot of couples continue to stay together.

Does losing a Child Shorten Your Lifespan?

It has also been observed alarmingly that the death can cause parents to suffer prolonged and destructive health consequences and can shorten their lifespan significantly. There are several contributing factors, like a weakened immune system and other physiological effects because of stress and depression.

Suicide among grieving parents can also not be discounted and is a frequent cause of death. Lifestyle changes and behavioral effects are also responsible for declining health for example excessive drinking, violent behavior, anger management issues, loss of appetite, e.t.c. Parents rarely get adequate support and understanding needed to cope, and this takes a toll on their health.

Parents become clinically depressed and struggle to find meaning in life as many view children as their reason to live and a source of joy and happiness.

Can you cancel divorce once initiated?

How To Stay Married After Losing A Baby?

To help your marriage survive the death of a child,self-compassion is important. It needs to be understood that blaming one another or even God will be unfruitful in helping you heal from your wound; you need to respect your feelings and your emotions and not bottle them, discard them or hide them.

Bereavement and child loss support groups exist to help grieving parents share what they are going through and help them get adequate attention and support to avoid any isolation or feelings of loneliness.

If the couple is religious, we should take it into account and accommodate it, as religious rituals can help with intrusive and recurring thoughts.

Parents feel that they have to move on and forget their deceased child, which can do more harm than good. Keeping a symbolic relationship alive can aid in bringing back some emotional stability.

We should understand that grieving and sadness do not mean poor spirituality and that suppressing it is not glorified.

Some believe that by not showing their grief they are being hypocritical and disloyal to their lost child and should avoid pleasures and happiness. This impedes recovery and must be avoided.

Past trauma and stress may resonate with one after such an incident which offsets them more than usual and should be dealt with tactfully. The previous history should be inquired about and be kept in mind to make a better assessment.

Lastly, major life decisions should be put on hold which includes the decision of divorce for a year or so after the death to avoid rash choices and regretful consequences which will only add to the misery.

Intimacy after the death of a child is a sore topic for the couple and leads to unfaithful behavior, especially in men who might seek sexual pleasure elsewhere.

This causes a strain in the relationship and to help your marriage survive the death of a child, the topic needs to be addressed by both spouses adequately.

The main takeaway is that child loss takes a big toll on the parents individually and in their relationship. Both parents should understand and prioritize their mental health and know that each of them is their own personality and therefore need to be humble and empathetic towards one another.

Divorce rate after death of a child

Death, in any case, is hurtful and painful, but a child has a significant role in bonding and bringing two partners closer together and with his/her death that close-knit relationship can get unwoven. While dealing with the trauma, the parents will have to adjust their pre-existing ideas and logic which might impede their progress to come to terms with the loss.

More important than anything is to trust each other and know not to believe any myths or misleading information regarding divorce after the death of a child.

Relationship problems after the death of a baby are not uncommon but they are in no way the cause for termination of a relationship, rather they can act as a clean slate for grieving couples to start a new chapter in their life.

To help your marriage survive the death of a child and, as individuals to live a long and healthy life, they should not shy away from seeking help and consolement and avoid getting caught up in repetitive and recurring emotional and subsequent behavioral cycles which takes away a piece from the bond every time.